Inflation is a rise in prices over a given period of time. As the general price level rises, the purchasing power of each unit of currency buys fewer goods and services over time. The common measure of inflation is the inflation rate. Certain assets are more or less affected by inflation, such as gold. Cryptocurrencies and digital assets like Bitcoin are touted as hedges against inflation too. In this article, we’ll delve into all of this and more.

Today, most economists favor a low and steady rate of inflation, yet the public does not. It is easy to understand why people dislike inflation since it reduces purchasing power. The charts below show just how much even the “strongest” fiat currencies have lost their purchasing power over time. 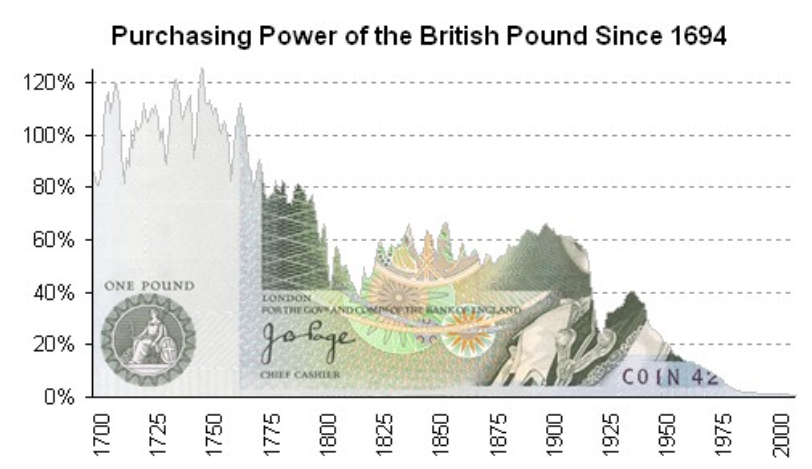 Of course, there is always the fear that purchasing power can be reduced to almost nothing. This is called hyperinflation. There are many examples throughout history of hyperinflation destabilizing society. In 1923 Germany experienced hyperinflation

Children use bundles of German marks as building blocks.

It is important to keep in mind inflation when protecting your wealth. Simply saving money in a bank account is not enough to escape inflation’s purchasing-power-destroying effects. You must find a hedge against inflation. In the remainder of this article we describe in more detail inflation and how it is measured, and how to protect yourself against it.

Inflation can show up in different places in the economy and can be expressed in different ways. In this section we look at some common places inflation is focused on.

Consumer prices: It is hard to capture the increases in prices of goods and services that people normally use. The problem starts with how to define “normally use?” Common categories to measure include: housing, transportation, food and beverages, medical care, education, recreation, and apparel. Those categories are further subdivided, for example food consists of:

Shrinkflation: Instead of increasing the price of a good, the quantity or quality is reduced while the price remains the same, or increases slightly. Critics of shrinkflation point out two main concerns. First, it is a “stealth” way to increase the price of a product that many consumers might not be aware of. Second, shrinkflation is much harder to detect when attempting to measure inflation. This can contribute to governments implementing poor policy because their measurements of inflation are less accurate. 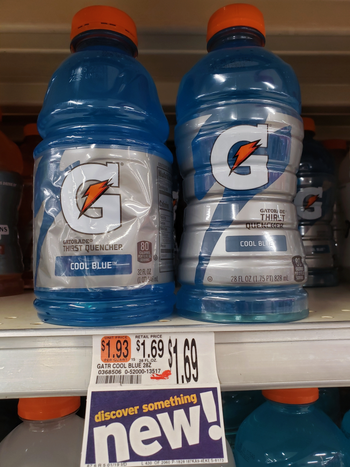 The old Gatorade bottle is on the left, the new is on the right. Image from Quartz on shrinkflation.

Wages: Wage inflation is often called “sticky” inflation, because unlike prices in goods and services, once wages begin to increase it tends to be more difficult to bring those increases down. People do not like wage cuts. When wages begin to rise, it can lead to a wage-price spiral. 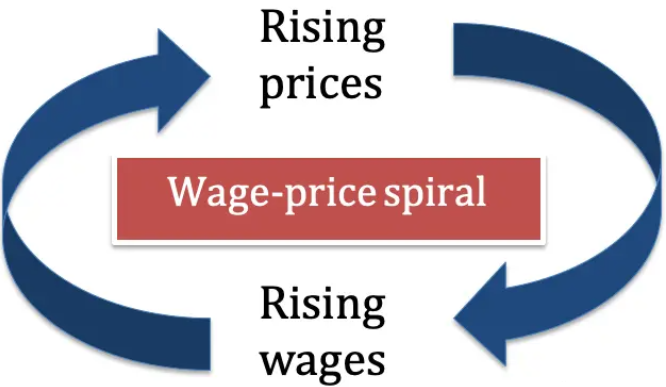 There are many ways to measure inflation

The Consumer Price Index (CPI) measures a weighted average of the price change in select goods and services that consumers need. This includes housing, transportation, and food.

The Producer Price Index (PPI) measures a narrower part of the economy, specifically changes in prices received by domestic producers. PPI is a measure of inflation from the perspective of sellers as opposed to CPI which measures it from the buyer. PPI can lead CPI, as it shows the pressure being put on sellers by the costs of their materials. That price pressure is often passed on to consumers, showing up later in the CPI.

Another challenge that is difficult to account for is that inflation measurements must ignore changes in price that occur for reasons such as volume, quality, or performance. For example, if a cup of coffee’s price increases from 1.00 USD to 1.50 USD but the quantity doubles, then this is not inflation, it’s actually the opposite — deflation!

Other cost changes are even harder to quantify as inflation or deflation. For example, in 2006 the industry leading mobile device BlackBerry Pearl was a major hit, costing $400. A top spec smartphone in 2022 costs around $1,200, but can do so much more. How much of the $800 price increase is inflation compared to an expansion of functions, quality, and value?

Ultimately, it’s important to keep in mind that measures of inflation, while extremely useful, are imperfect.

Money supply: When a government creates more money, prices can rise as the money enters general circulation. This is particularly true if the money created is not used to create real economic growth in the economy. People often move their wealth out of fiat currency for this reason. Traditional stores of value like gold have a low supply increase rate. Only a certain amount is taken out of the ground, processed, and delivered each year. Real estate supply increases are practically zero, though it does exist. One reason that Bitcoin has a fixed supply is to make sure it can’t be debased like fiat currencies, which are government controlled.

Like most things, too much is generally considered bad as is too little. High inflation erodes the purchasing power of people who have saved and hurts or closes businesses who now have to focus on inflation risks. In extreme and persistent inflation environments, this can lead to hyperinflation, where a loss of confidence of the currency leads to holders abandoning it entirely in favor of foreign currencies.

Many governmental policymakers want to target mild inflation. Mild inflation can lead to asset appreciation, encouraging investment. It also discourages saving in favor of spending in the economy. On the other hand, it makes goods and services more expensive, which can be unhealthy if wages do not also rise with the inflation rate.

How to protect against inflation

A store of value (SoV) is the best way to preserve your wealth. Broadly speaking, a store of value is any object that retains purchasing power into the future, and can be readily exchanged for something else. In other words:

Real estate: Land has almost zero increased supply (though it does exist).

Gold: The supply of gold is increasing, but the rate is low and relatively fixed. It takes significant resources to obtain it. For example, digging it out of the earth and refining it.

Bitcoin: Bitcoin’s current supply is increasing, but the overall supply is fixed at 21 million. Of that total supply, 19.1 million has been released as of 2022.

For a more thorough look at Bitcoin as a store of value, read this article.

Liquidity has several slightly different but interrelated meanings. For the purposes of crypto, liquidity most often refers to financial liquidity and market liquidity.

APY stands for annual percentage yield. It is a way to calculate interest earned on an investment that includes the effects of compound interest.

Learn how to protect yourself from big losses with this simple but powerful investment strategy.

How do I send crypto?

Sending crypto is as easy as choosing the amount to send and deciding where it goes.

How do I receive crypto?

Receiving crypto is as easy as simply providing the sender with your appropriate crypto address, which you can find in your cryptocurrency wallet.

How does crypto exchange work?

How do I buy crypto?

Learn how to get your first crypto in minutes.

How do I sell crypto?

Learn how to sell crypto into local currency safely.